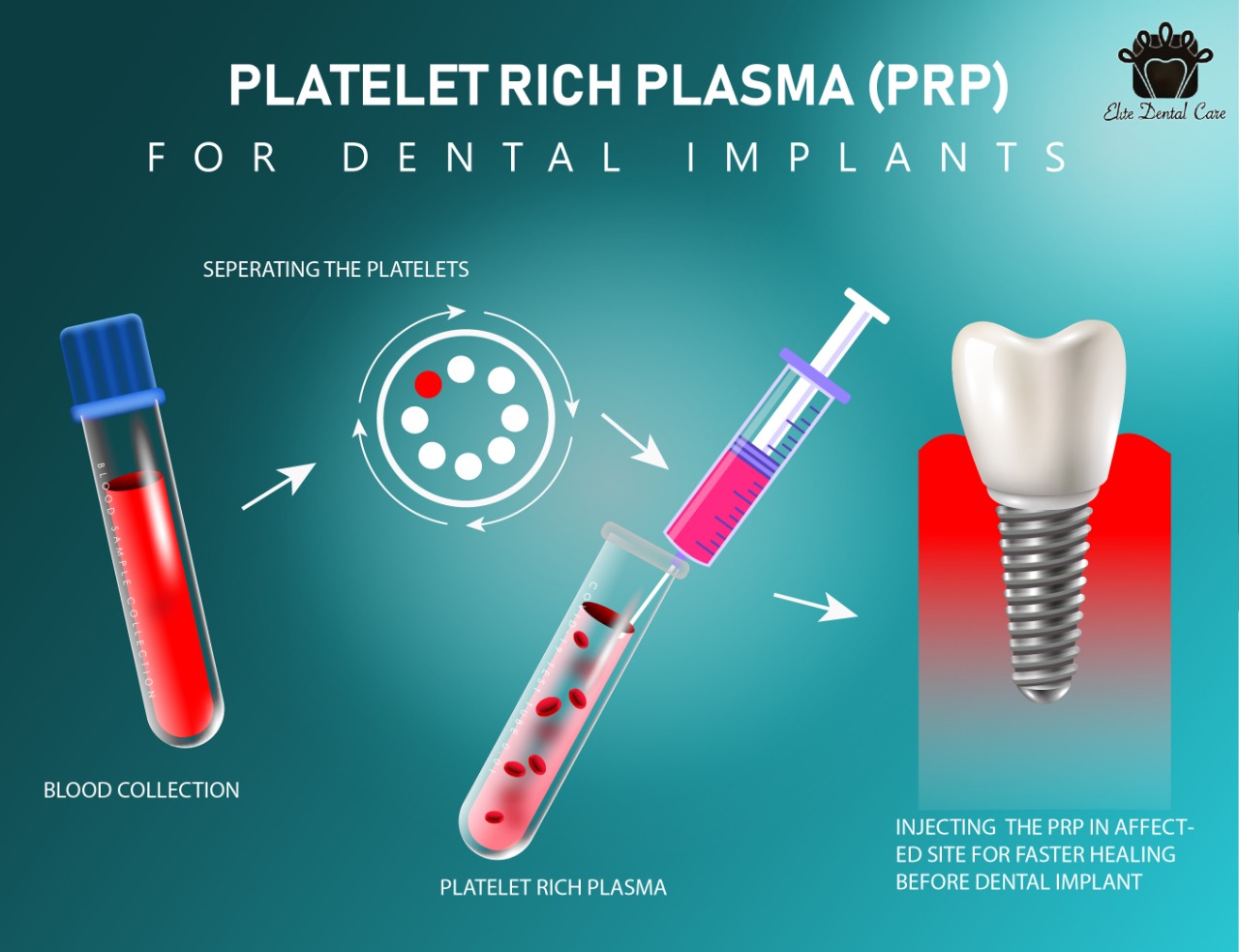 Posted at 21:40h in Uncategorized by edental 0 Comments
0 Likes

Have anybody gave a thought about what happens to the foreign bone inserted into your jaw?
There are certain guidelines to measure the harmonization levels of the bone inserted manually in the body.
It is obvious that the integration of the ordered bone with the natural bone takes some time, and it is called Osseointegration.
Osseointegration is defined as the structural and functional connection between the ordered bone, already existing bone and the gums carrying the implants.

Different types of implants are used to obtain primary and secondary stability with varied success rates.
Depth of the Implant stability defines the success of Osseointegration.
Regular monitoring on the certain stages of implants in a qualitative way helps us analyze the stability and harmonization levels of the implant.
Implant stability is defined as the capacity and strength of the implant to withstand loading in axial, lateral and rotational directions.
Osseointegration measures the stability of implants and that happens in two stages:
Primary: Osseointegration is said to be successful through the mechanical attachment of cortical bone. It is affected by the quantity and quality of the original bone.
Secondary: the process of healing Osseo implants by regenerating and remodeling of new tissues and bone. It is affected by the primary stability.

Healing Process:
Traditional healing takes 3 to 6 months and it is essential for the successful osseointegration and maintenance of functional loading.
Functional loading and Immediate loading depend upon the implant’s stability.
Before the evolution of technology, Implants stability was measured using microscopic observations and radiographs, however with the innovations in the technology, researchers have focussed on reduction of Osseo healing phases, treatment time and have come up with new Implant stability measures.
It is obvious that the Osseointegration mostly depends upon the health and strength of the surrounding tissues of the bone implanted area.
Different measures are derived in concern with the characteristics of the implant surface.
Platelet-rich plasma (PRP) is one such new approach that helps in quick Osseo healing of endosseous implants.

Effect of PRP on dental implants:
Have you heard about PRP (Platelet-rich plasma) in dentistry? What does it do in the body? How is it formed?
Platelet-rich plasma is explained as a high concentration of platelets in small amounts of autologous plasma.
Plasma releases alpha granules in the coagulation process and is triggered in the wounded area.
Alpha granules are a cocktail of growth factors and promote proliferation, chemotaxis(tissue generation) that helps in healing the wound, therefore Platelet-rich plasma (PRP) has become one of the effective measures that accelerate the bone repair and heals the wound earlier than expected.
PRP is generated from the patient’s own blood and it is released continuously for seven days, it has a low PH rate (6.5 – 6.7) which prevents bacterial growth and leads in fast healing.
PRP promotes fibroblast, proliferation and increases tissue vascularity.

Platelet Rich Plasma Preparation:
PRP is used in the form of a gel, this gel is prepared in the combination of thrombin, calcium chloride, high concentrations of platelets and native concentration of fibrinogen from the whole blood.
Adding calcium chloride and thrombin to PRP activates the alpha granules and biological factors which leads to quick healing of the wound.

Case Study:
How is PRP applied and measured to treat the stability of dental implants?

Here is a case study that drives us through the preparation and usage of PRP:
This case study is approved by the Institute of Ethical Committee.
A random clinical study was conducted in 2012-15 in SIBAR Institute of Dental Sciences in Andhra Pradesh.
Ten healthy patients with adequate bone width and height between ages 25 to 40 years were selected and a total of 18 implants were placed with a standard size of 3.75*10mm to prevent variations on the implant surface.
All the ten patients were explained about the process and written consent was taken from them.
Preoperative bone height was measured from the vertex of the ridge to the highest border of the inferior alveolar nerve canal using Digital Panoramic radiograph.
The dental model was used as a template for ridge mapping and to prepare the surgical stunt.
Ridge mapping technique is used to assess the thickness of the soft tissue and the width of the bone already present.
Kappa correlation was used to assess the observer’s analysis for the assessment.

Preparation of PRP:
Venous Blood was taken following the necessary precautions and it was carefully transferred from antecubital fossa to sterile vacutainer containing 0.5ml of 3.2% sodium citrate as it is anticoagulant in nature.
It was titrated and subjected to centrifugation at 2400rpm for ten minutes, this separates platelets and plasma from whole blood.
The plasma obtained was recentrifuged at 3600rpm for 15 minutes to concentrate the platelets into plasma.
Two types of plasma were collected at the bottom of the vacutainer.

PRP was taken out carefully and stored. It was activated by adding an equal volume of 10% CACL2 to trigger the citrate and also initiate thrombin formation and release of growth factors. 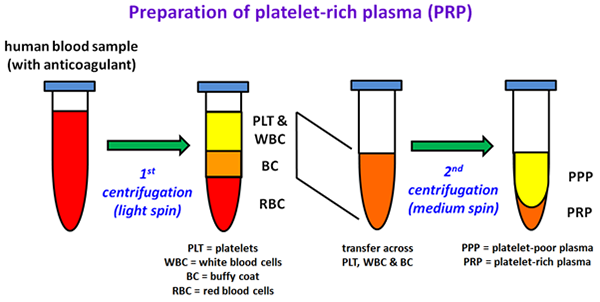 Preparation of Osteotomy was done and surgery was performed with strict protocols and appropriate irrigation.

PRP was activated just before the procedure by adding 10% of CACL2, implants surface were treated by dipping in this solution carefully without touching the walls of the vacutainer.

The implant was placed into the osteotomy prepared and healing abutment was placed and flap closure was done.

Post-surgery antibiotics and mouthwashes were advised to the patients until the observation period, this was the initial step of healing. Further, the healing status was followed up for 90 days.

We placed a total of 18 implants out of which 9 implants were under study group and 9 were under the control group.

Implants were placed using surgical protocol using PRP in the control group and autologous PRP is used to moisten the implants before the placement in the study group.

In both cases the healing stages are compared using Ostel Implant stability meter at regular intervals– 0,30,60, and 90 days for 18 months.

During the study period, the Study group showed up notable stability values after 30 days of the treatment.

The control group recorded no changes in the statistical values during all the time intervals.

Higher values were recorded during the early phase of PRP Osseointegration.

However, during the final phase of observation time, both the groups have recorded similar stability values.

Early implant stability is beneficial for rehabilitation and early loading.

In the case study mentioned above implants treated with PRP have shown a significant rise in growth factors which is a positive effect on bone formation and healing which indicates a rise in the stability values, this proves that PRP can be used as an adjunct with an implant or any surgical procedures for quick healing.

As PRP is an autologous origin, it is immune to the risk of transmission of diseases, or immunogenic reactions.