How does Losing Tooth relate to Dementia? 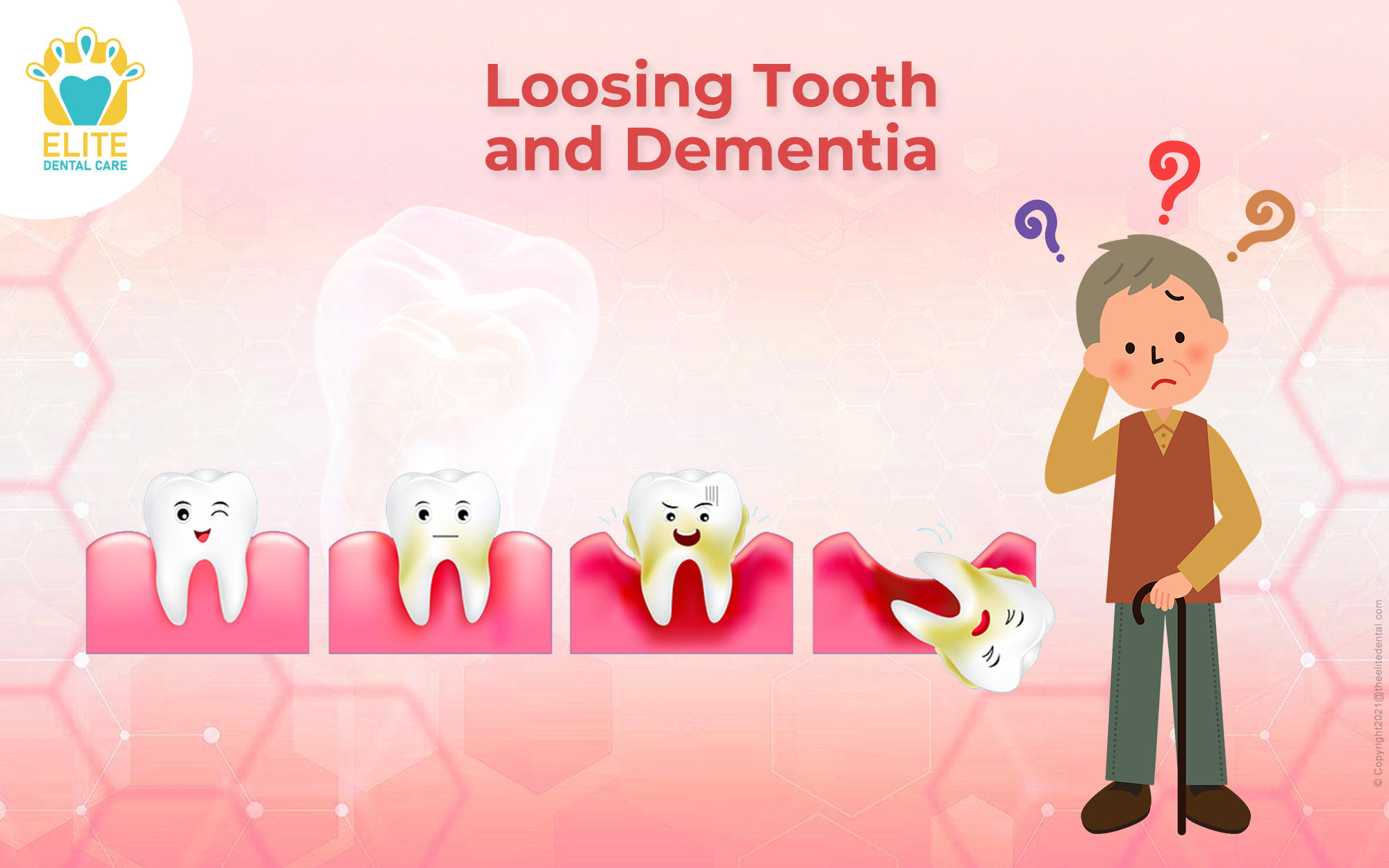 26 Dec How does Losing Tooth relate to Dementia?

Did you know that restoring missing teeth might reduce your chances of developing dementia? A new study has shown a relationship between missing teeth and dementia development. You are less prone to get the neurological disorder if you have more teeth. If you have dementia, fixing your missing teeth with dental restorations may help reduce the advancement of the disease.

Dementia is a multi-etiologic illness characterized by memory loss, changes in personality, and poor thinking produced by a chronic or recurrent dysfunction of subconscious processes induced by brain disease or damage.

The Link Between Tooth Loss and Dementia

Tooth loss is common due to decay, gum disease, tumors, and trauma, and is often followed by masticatory dysfunction, poor nutritional absorption, trouble pronouncing words, and an aged look.

Tooth loss is now recognized as a risk factor for systemic disorders such as cardiovascular disease, cancer, obesity, stroke, and mental problems, as well as a dental concern.

Dementia is a gradual central nervous system degenerative illness. Alzheimer’s disease (AD) is the most prevalent kind of dementia, accounting for 60–70% of all occurrences. Dementia is characterized by cognitive decline, aberrant behavior, and a diminished capacity to manage everyday activities.

Because tooth loss and dementia are prevalent age-related illnesses, the growing elderly population has heightened awareness of the link between dental and brain function issues.

Tooth loss has been related to an increased risk of dementia

Neurodegenerative dementias, such as Alzheimer’s disease, have no known cure, thus physicians mainly treat the symptoms. They also suggest eating a more well-balanced food and exercising regularly to minimize the risk of dementia.

Latest cross-sectional research has revealed that chronic inflammation caused by gingival and periodontal disorders might treat dementia risk factors. Cognitive impairment, memory loss, and behavioral abnormalities have recently been identified as dementia symptoms. One of the most important elements that has been linked to dementia is ageing. The goal of this research was to see if there was a link between tooth loss and the identification of cognitive impairment or dementia in older people.

What are the signs and symptoms of dementia?

Dementia can appear in a variety of situations, affecting various regions of the brain. It usually impairs a person’s memory and ability to lay out daily duties. Other so-called cognitive skills that are harmed include speech and the individual’s idea of time and orienting capacity. Individuals with dementia find it hard to deal with life without the help of those close to them because of the signs. Oral infection could be one of the causes of dementia, among other etiologic variables.

“The devastation of sense receptors enveloping the teeth is connected to several of the dying neurons,” according to the findings of extensive monitoring. Oral bacteria and lipopolysaccharide (LPS) acquire systemic access through bacteremia after brushing and dental treatment operations, and accompanying immune reactions may cause nerve cell loss and perhaps dementia.

Researchers have found a link between tooth loss and dementia in a recent meta-analysis.

Researchers observed that the more teeth a person had lost, the more likely they were to develop dementia.

The study, which was published in JAMDA: The Journal of Post-Acute and Long-Term Care Medicine, sets the groundwork for researchers to figure out whether tooth loss contributes to dementia, and if so, why.

While the studies found a link between tooth loss and dementia, they also discovered that wearing dentures lowered the link dramatically.

They do point out, however, that the reason behind the link between tooth loss and dementia is unknown.

This might be related to morphological changes that occur when people eat without teeth, or the consequences of different nutrient intake when eating without teeth, according to the researchers.

The findings might also be explained in part by the fact that patients with dementia may have trouble maintaining good oral hygiene, according to the researchers.

They also point out that the same socioeconomic characteristics that are connected to dementia are also linked to tooth loss.

Researchers believe one plausible scenario for the link between tooth loss and dementia is that dental decay and gum disease can cause inflammation, which increases your chances of developing Alzheimer’s disease.

They also believe that tooth loss may indicate an overall lack of care and healthy habits across a whole human’s life.

Finally, they claim that chewing can improve blood flow and oxygen levels in the blood, but that individuals with less teeth may have a tougher time doing so. A loss of teeth may also make it more difficult for people to eat healthily.

Learning how lifestyle factors influence our risk of dementia is critical since there may be easy adjustments, we can undertake to lower our risk.

The factors underlying the association between dental care and dementia were not investigated in this study, although some evidence shows that gum disease might increase the level of inflammation in the body, which may increase a person’s dementia risk. The function of inflammation in dementia is rapidly being studied, and this information will help to shape our understanding of the disease’s risk factors.

We don’t know how much dental care affects our dementia risk, but it is a vital element of a healthy lifestyle. What is healthy for the heart is excellent for the mind, according to the current best research for lowering our risk of dementia. We may lower our risk of dementia by not smoking, eating a healthy balanced diet, staying physically active, moderate drinking, keeping cholesterol and blood pressure in line, and maintaining a healthy body weight.

Memory issues and dementia can be caused by missing teeth. Consider obtaining dental implants to replace missing teeth to avoid these problems. Even better, maintain good dental hygiene on a regular basis to reduce your chances of tooth loss.