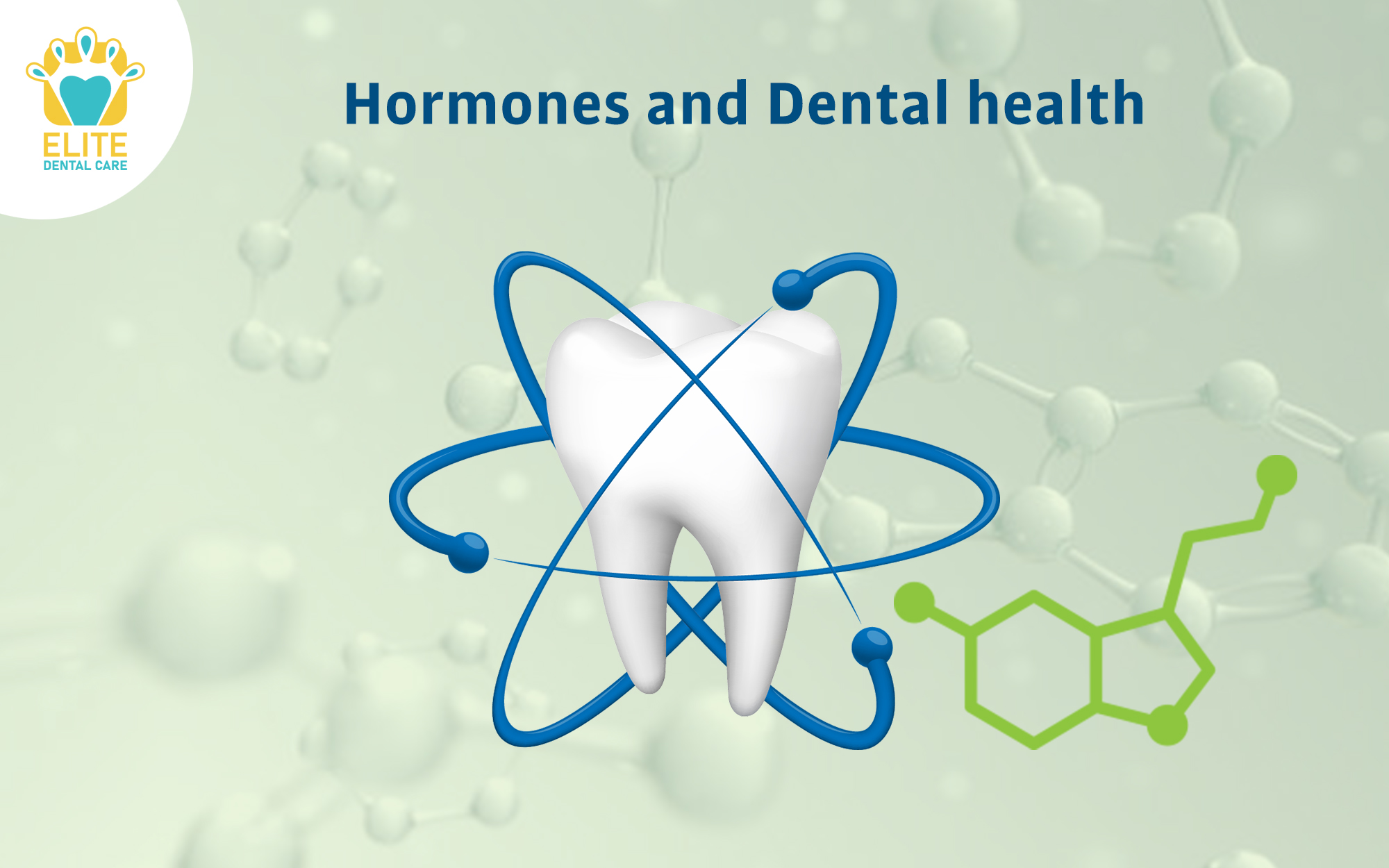 HOW ARE HORMONAL CHANGES & ORAL HEALTH-RELATED?

Right from puberty to menopause, major hormonal changes happening in a woman’s body affect the blood supply to the various tissues, including the gum tissues. The harmful bacteria in the mouth are anaerobic that survive in a condition where it is little or no oxygen, and the blood carries oxygen to the gum tissues. Hence when blood supply gets reduced, oxygen supply also gets reduced, letting the bacteria form a plaque that further leads to gum diseases. Usually, the immune system fights against these harmful bacteria in the mouth. But due to hormonal changes, the body’s response against these toxins also gets reduced. Thus due to the hormonal changes, women are more susceptible to gum diseases.

Gingivitis is the initial stage of gum infection where the gums turn red, swollen and bleed. Gingivitis occurs at various stages of life in women. If it is left untreated, it further leads to a severe Periodontitis gum infection.

There are five stages in life when major hormonal changes occur and increase the risk for oral infections: puberty, monthly menstrual cycle, during pregnancy, when using birth control pills and menopause.

Also, this is an age when a person lives a carefree life and is high on a sugary diet and sugary beverages. Teens and youth have an abundance of love and cravings for junk foods that spoil their dental health. These dietary habits add to the plaque build-up and speed up gum infection. Cleaning of teeth also gets compromised as teenagers wear braces that make it difficult for flossing the teeth. Without flossing, the plaque keeps accumulating and spoiling your gums. A better alternative to braces could be the invisible Invisalign braces. Invisalign aligners are the best for teens as these are easy to wear, remove and clean. Additionally, give up on an unhealthy lifestyle that impacts your oral health to preserve your natural teeth for years.

During the monthly menstruation cycle, there is an increase in the progesterone hormones that impact oral changes like swollen and red gums, gums begin to bleed and swollen salivary glands. Also, gingivitis occurs a day or two before your periods and then clears gradually as your period progresses. It is necessary to keep your teeth and gums clean during this phase to prevent severe gum infections.

Similar to menstruation gingivitis, women develop pregnancy gingivitis during the pregnancy between the second and eighth months of pregnancy. The symptoms are similar to the former such as swollen and red gums, and gums become so tender that easily bleed when you brush or floss the teeth. It increases the risk for plaque build-up.

Bacteria in plaque and gum diseases can be harmful to your fetus as the bacteria go down the bloodstream and affect the baby in the womb. Sometimes it could also result in a pre-term and low weight baby. Pregnancy tumors are a rare but evident consequence of plaque and poor oral hygiene during the second and third trimesters. Hence it is advised to get frequent dental cleanings during the second and third trimester of pregnancy.

Most oral contraceptives have a concentration of progesterone that increases the body’s response to plaque and bacterial build-up. This inflames the gums, turning them tender and red. Visit the dentist to get your gums treated and inform them about the birth control pills you consume. The dentist might prescribe a relevant antibiotic that lowers the effect of the progesterone hormone on your gums and teeth. Also, the synthetic estrogens in oral contraceptives reduce the levels of natural estrogens that can lead to temporomandibular joint disorder.

Menopause is a common phenomenon in women after the age of 50, however, the perimenopause phase begins a couple of years before. During the menopause phase, hot flashes and night sweats are common experiences that are accompanied by a burning sensation in the mouth. These are the consequences of the major hormone changes in the body, and to deal with them, women consume certain medicines. These medications dry the mouth, and also dry mouth is also more prominent during this phase due to ageing.

Dry mouth is a root cause for a majority of dental ailments. Dry mouth means reduced saliva production, which is the defense agent in the mouth against microbes like bacteria. When saliva production gets reduced, bacterial growth increases, plaque formation speeds up, further leading to bad breath, cavities, teeth sensitivity and tooth decay. Due to ageing, the gums recede, exposing the roots of the teeth, and the bones also weaken. Loss of bone in the jaws can also lead to tooth loss.

Gum diseases also have a major impact on your physical health as gum diseases can lead to heart diseases, diabetes and other health disorders. These hormonal changes are inevitable, but the dental infections caused by them get prevented by nurturing good care to the oral cavity. Follow proper dental hygiene habits like brushing and flossing of teeth twice a day, using an antimicrobial mouthwash, eating tooth-friendly fruits and vegetables, limiting the consumption of junk foods and sugary foods and drinks and visiting the dentist for a regular dental checkup and dental cleanings to remove plaque and tartar.

You can visit The Elite Dental Care, the best dental clinic in Tracy, California for your dental checkup routine and dental treatments. We have the best dentists in Tracy who render the best dental care while preserving your natural teeth and enhancing the aesthetics of your smile.