What are Receding Gums? 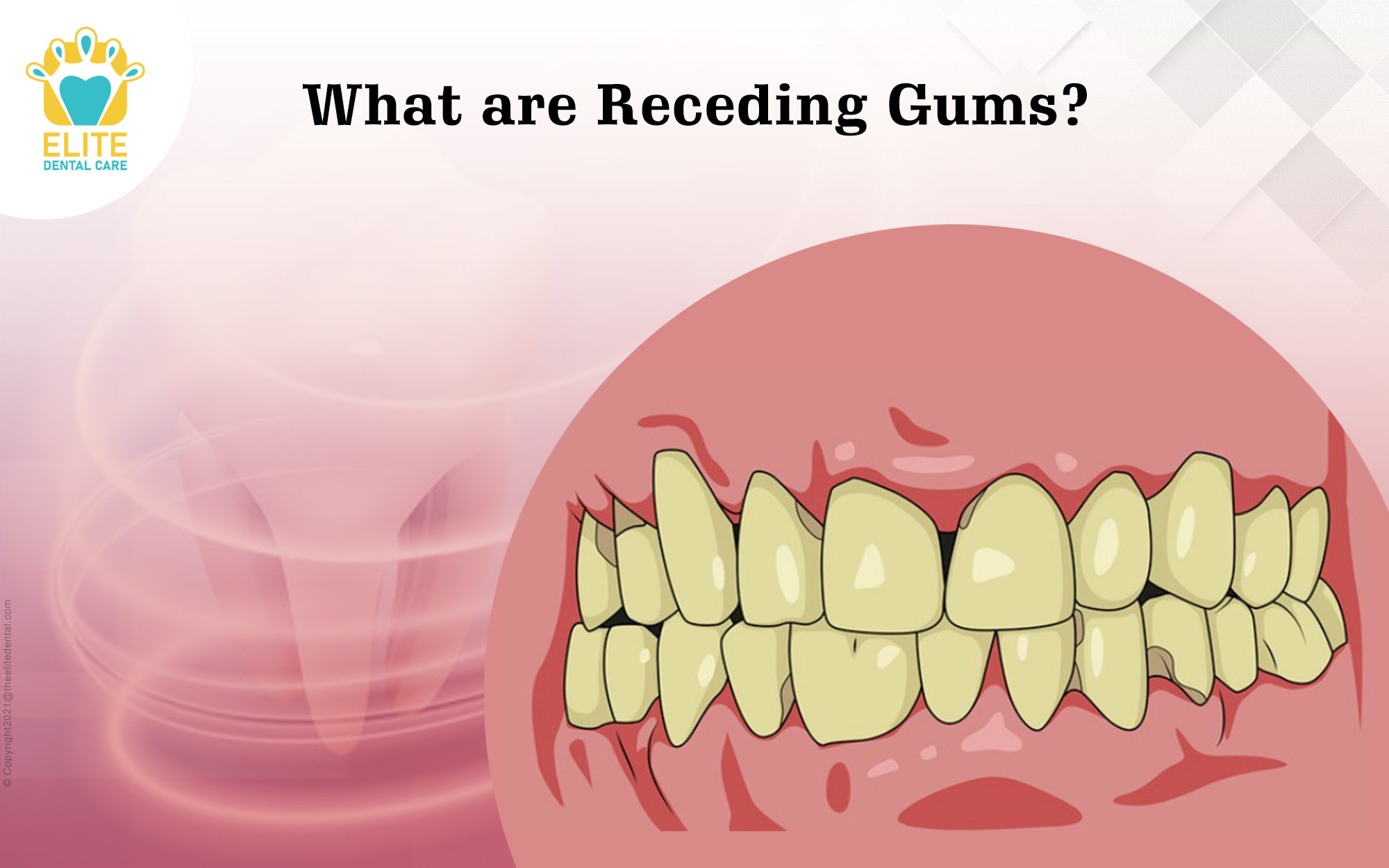 26 Oct What are Receding Gums?

Receding gums is a form of gum disease. In this condition, the gums recede and expose the root of the teeth. This makes the teeth more prone to dental issues like cavities, sensitivity, and infection. It also occurs during the initial stages of severe gum infections like gingivitis or periodontitis.

This condition of the gums calls for an immediate dentist consultation and treatment. If left neglected, it can lead to many severe dental infections and concerns. Though it can rarely be reversed, the right treatment can slow down further damage to the gums.

Our daily dental care routine and food habits are the two primary reasons for any dental problem, not just receding gums. Here are a few specific reasons that cause the gums to recede.

There are many ways receding gums can be identified. Some of the apparent symptoms are:

All these symptoms of receding gums, if left untreated can lead to severe dental problems like tooth loss or infection of the bones. Thus symptoms like these should be addressed by a dentist at the earliest.

Gum recession can be treated if it is diagnosed in the early stages. Gum cleaning, where the plaque and tartar built up in the gum line is carefully removed with deep cleaning of the gums. It is also called scaling or root planing. This procedure needs to be done by a dentist with professional equipment.

If the gum recession is slightly severe with damage to the bone, surgery needs to be performed to avoid further damage. Gum graft surgery, open flap scaling are a few of the surgical procedures followed by periodontists to treat gum recession.  Thus, this condition of gums needs to be identified and treated at the earliest to avoid loss and damage of the teeth.

Hygienic dental care is the single most important precautionary measure to keep gum recession or any other gum disease at bay. Brushing and flossing every day, and avoiding sugary foods are a few of the everyday habits one needs to follow for healthy dental health.